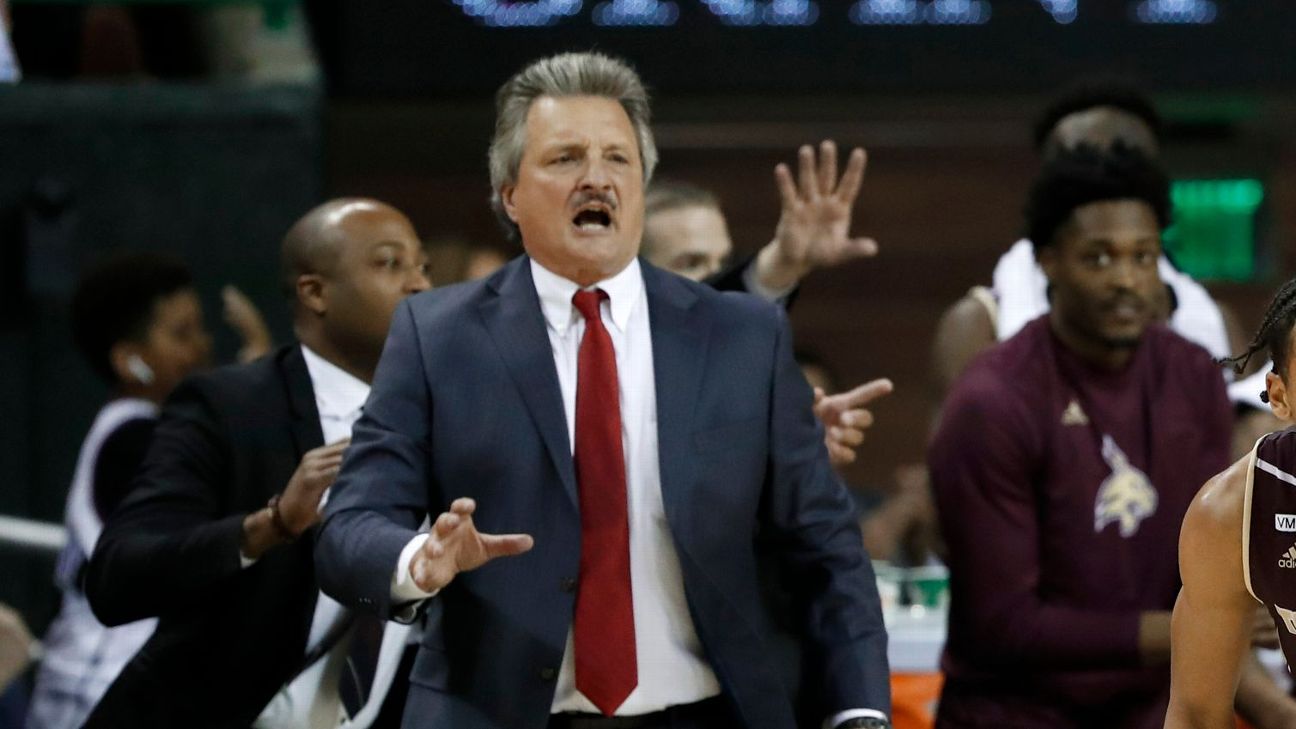 AUSTIN, Texas — Danny Kaspar, the former Texas State basketball coach who resigned while under investigation for allegations that he directed racist taunts at Black players, said he holds “only love in my heart for people of all races, colors and creeds” in a resignation letter released Wednesday by the school.

Kaspar resigned Sept. 22 while the school probed allegations raised by a former Bobcats player who transferred. In his letter, Kaspar noted that he had been a coach for 29 years, the past seven with Texas State, and that most of the players he coached are Black.

“I firmly and fervently deny any suggestion — direct or otherwise — that I am a racist or harbor any animosity toward anyone stemming from their race. As with all human beings, I acknowledge there may be room for improvement, however, I hold only love in my heart for people of all races, colors and creeds,” the letter said.

The school released Kaspar’s resignation letter under a public records request from The Associated Press. Portions of the letter were redacted. The school has asked the state attorney general to allow it to withhold other information related to the investigation, which has not been released.

The school investigated after former Bobcats point guard Jaylen Shead posted the allegations on Twitter in June. Shead transferred to Washington State before the 2019-20 season.

Shead alleged several instances of racist language or taunts, including urging players to run faster in sprint drills by telling them to “chase that chicken” and commenting that Shead was “running like the cops are behind him” when he did a drill faster than his teammates.

In other drills, Shead said, Kaspar told his players, “If a brown man with a turban and AK-47 walked in, I bet y’all would run as fast as you could.”

Shead alleged that Kaspar told players that he would start using a racial slur for Black people if he heard his players using it. In another instance, Shead wrote, Kaspar met with the players after grades were posted and taunted several of them with comments that they would end up “working at a Popeyes Chicken” or “be a manager at Hertz.”

Kaspar also had dress code and hairstyle rules and prohibitions targeted toward Black athletes, such as not allowing players to wear dreadlocks, Shead wrote.

“The Department of Athletics is committed to strengthening our university culture that values and supports diversity, equity and inclusion for our student-athletes, staff and community,” Texas State athletic director Larry Teis said when the investigation was announced.