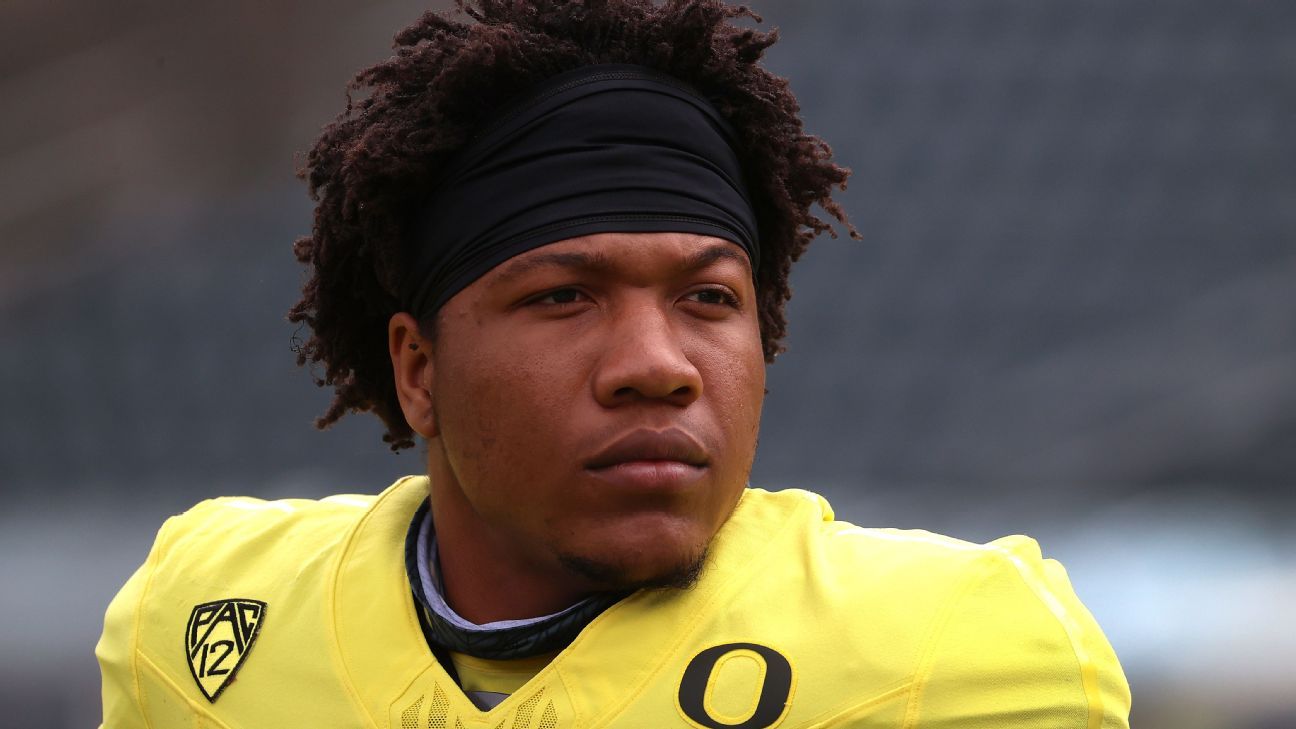 Running back CJ Verdell and safety Bennett Williams both will miss the remainder of the season for the No. 8 Oregon Ducks, coach Mario Cristobal said Thursday.

Verdell, a fifth-year junior, suffered a left leg injury in the second half of Oregon’s loss to Stanford last Saturday. He leads Oregon with 78 carries for 406 rushing yards and six touchdowns.

Williams, also a starter, suffered a broken leg during Oregon’s walk-through practice last Friday and underwent surgery Monday, according to a report by The Oregonian. The junior has three interceptions, returning one for a touchdown, and 20 tackles this season.

Verdell, who has started games in each of the past four years and has rushed for 2,929 yards and 27 TDs on 542 rushing attempts, surprised some by returning for the 2021 season. Cristobal on Thursday said that “there will be some conversations” about whether Verdell returns for a sixth season.

Oregon offensive coordinator Joe Moorhead has returned to the team after undergoing surgery for a non-COVID-19-related illness in the Bay Area last weekend. He traveled with the team for the Stanford game but did not coach. Cristobal said Moorhead is “improving.”

Running backs coach Jim Mastro called offensive plays in the Stanford game and will remain in the role if Moorhead cannot return for the Ducks’ next game Oct. 15 against Cal at Autzen Stadium.