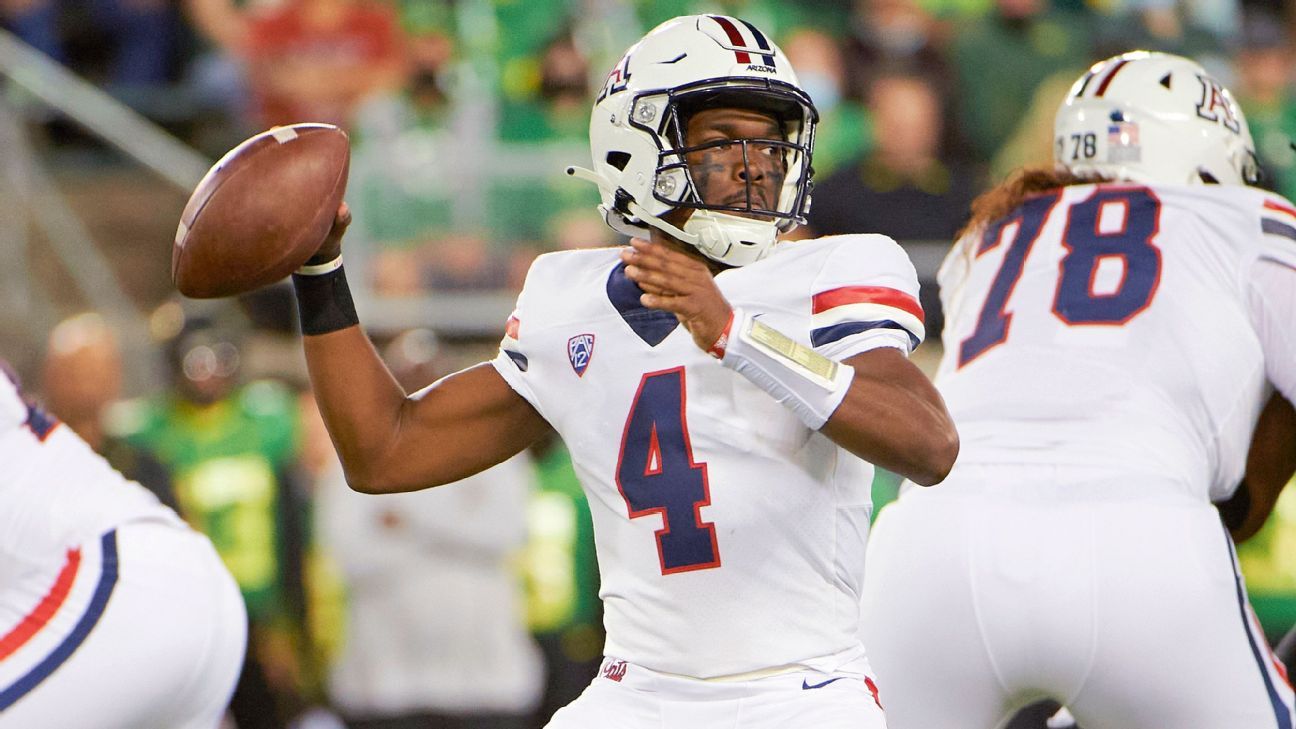 Arizona quarterback Jordan McCloud will miss the rest of the season because of knee and ankle injuries, coach Jedd Fisch said Monday.

McCloud, who started the past two games for the Wildcats, suffered the injuries during the third quarter of Saturday’s 34-16 home loss to UCLA. A sophomore from Tampa who transferred from South Florida, McCloud soon will undergo surgery but should return for Arizona’s winter conditioning program.

“This is not a nine-month or 12-month injury by any means,” Fisch said. “This is more of just unfortunately where we are in the season.”

McCloud completed two-thirds of his pass attempts for 481 yards and two touchdowns with five interceptions, while adding 75 rushing yards on 18 carries.

“Clearly he was very comfortable out there, so he was very, very upset [by the injuries],” Fisch said. “He transferred here to play. He came here to really help us, and I believe as he was learning the system more and more, we were going to be able to reap some of those benefits.”

Arizona, which is 0-5 in Fisch’s first season, visits Colorado on Saturday. Redshirt freshman Gunner Cruz, who started Arizona’s first two games, is set to start against the Buffaloes. Cruz has 454 passing yards and two touchdowns with two interceptions, while completing 67.6% of his attempts.

5-star ’22 forward Mitchell commits to Longhorns
Sources: Southern Miss to Sun Belt a ‘done deal’
College football Power Rankings after Week 8
Kenny Pickett’s rise, a surprising Big 12 matchup and more to watch in Week 8’s biggest games
Mohamed Salah Wants To Remain With Liverpool But ‘Not Up To Me’