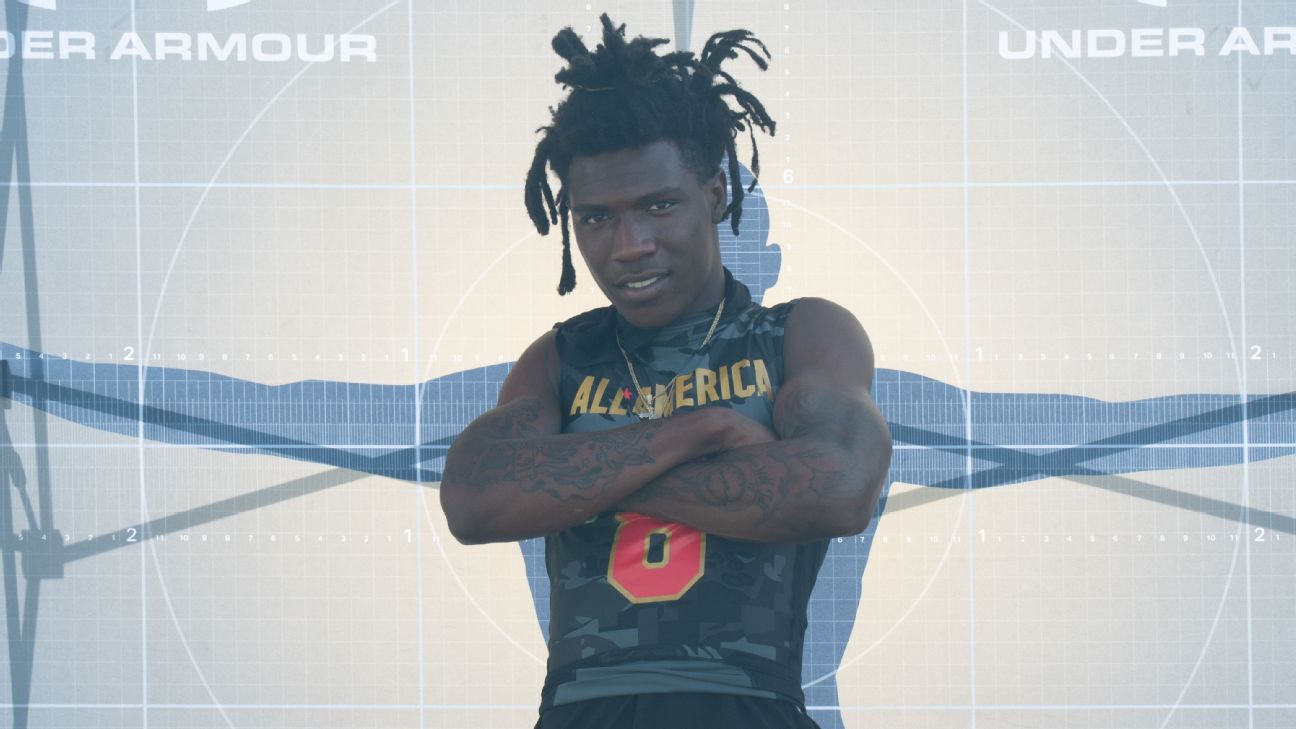 Georgia added its fifth top-50 prospect to its 2022 class on Sunday when ESPN 300 cornerback Jaheim Singletary announced his commitment to the Dawgs.

Singletary, the No. 16 recruit overall, is a 6-foot-1, 175-pound prospect from Riverside High School in Jacksonville, Florida. He is the No. 3 corner in the class, and chose Georgia over Florida, Miami and LSU.

“In the end it was just the love they showed, unconditionally, it never stopped with them,” Singletary said. “They just kept going since day one, so I felt like in my heart, talking it over with my family, that Georgia was the right place.”

Singletary had been committed to Ohio State previously but decommitted from the Buckeyes on Aug. 1.

He recently took visits to Georgia and Florida and said Georgia was already the front-runner and likely his choice, although the firing of Florida coach Dan Mullen on Sunday did factor into his decision. Singletary said it was coincidental that he committed on the same day Mullen was ousted.

“I really planned on committing today because today is my mom’s birthday, so I planned on committing today just to surprise her,” Singletary said. “But then when I saw the move that Dan Mullen had been fired, it kind of, I would say made the job easier and took some pressure off my chest, because that’s the head coach that played a major role, too.”

Singletary is hoping to be part of that success in the future and sees an opportunity to get better once he gets to campus.

“I know I can go to a team where I can work hard and play for a winning team,” Singletary said. “I’ve been out [to Georgia] for a couple visits and I just love the way they play. The energy, the defense, it’s just everything. What Kirby Smart is doing with the program, it’s a great feeling.”

With Singletary on board, Georgia now has 13 ESPN 300 commitments, five of whom are ranked in the top 50, including five-star athlete Malaki Starks, running back Branson Robinson, Singletary, linebacker Jalon Walker and defensive end Mykel Williams.