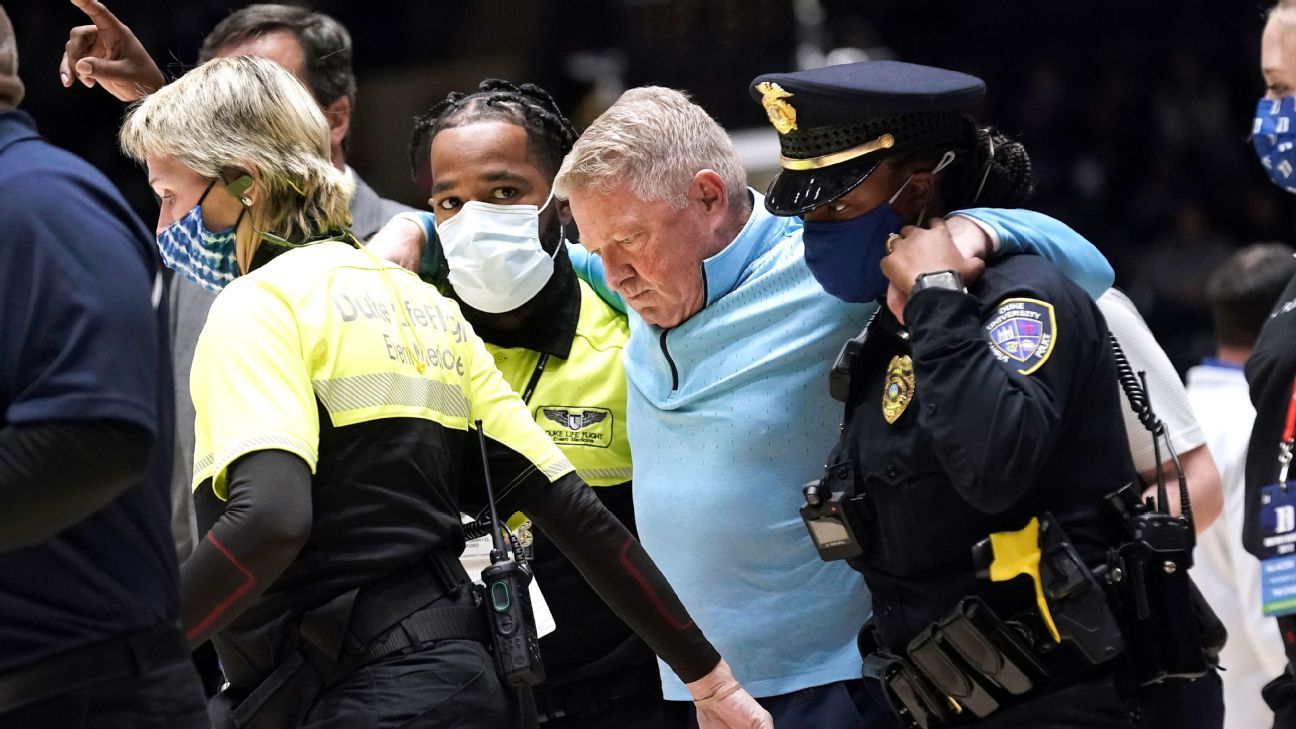 DURHAM, N.C. — The Citadel coach Duggar Baucom was taken to a hospital after collapsing barely a minute into Monday night’s game against No. 5 Duke.

Baucom was helped off the floor by medical personnel and taken to Duke University Hospital, according to The Citadel.

The 61-year-old Baucom fell along the sideline with Duke leading 3-2 and 18:57 left in the first half. He was conscious as he was helped out of the gym.

The Citadel’s Hayden Brown scored off an offensive rebound just before play was stopped for Baucom, who is in his seventh season at the school.

Associate head coach Jack Castleberry took over for The Citadel, which ended up losing to the Blue Devils, 107-81.