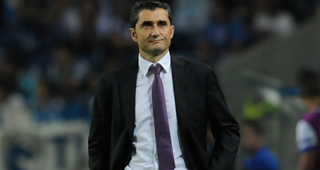 Manchester United have held discussions with Ernesto Valverde about the possibility of becoming interim manager.

After Solskjaer’s departure, Michael Carrick was put in charge temporarily, and despite his winning his first game 2-0 against Villarreal on Tuesday, sources say that the club remain committed to bringing in someone else between now and the summer.